This series of essays is a continuation of the conversation which we began with our Juneteenth Vigil. With our vigil, we wanted to do a few things. First we wanted to draw an explicit connection between corporate exploitation of black bodies, and the police brutality that the country has finally begun to reckon with. Both have their roots in slavery — in fact, the institution of policing came from two main sources: slave catchers, and union busters.

As David Zapolsky’s smear of a black organizer shows us, BlackLivesMatter to Amazon executives only when their bank account might be impacted. With this series of essays we hope to give you what workers don’t have that so many police brutality victims have had lately — an eye witness real time account of racist violence as it happens. Nothing here will be quite as graphic as what we all witnessed happen to George Floyd, but that it takes place over years, instead of in a few seconds, and that it happens through a series of seemingly insignificant indignities instead of one shockingly violent offense, does not make the slow grind of corporate exploitation any less harmful than police brutality. Understanding this violence is key to understanding what is happening in America right now. But more than just understanding it, it’s important to listen to the perspectives of those who so often go unheard.

In what follows of this post, you’ll read a speech I gave introducing our founder on Juneteenth, and then, you’ll hear from her, and many other essential workers whose stories make up the threads of the tapestry that is the American Dream - or at least the tattered remains of it. While we may some day open this series up to men, for now, with the exception of my introduction, this is the last male voice you’ll hear from for some time. We welcome you to join us in our mission to #WidenTheAperture and #CenterBlackWomen.

One last note - if you're a worker, for Amazon or any other big company, especially if you're a Black woman, we want to hear from you.  Email us at BayAreaAmazon@pm.me to share your story. You can put "STORY" in the subject line to make sure it gets routed to the right person.

Go to BayAreaAmazonians.org to sign up for our newsletter and stay up to date with the latest news from us.

If you’re an Amazon employee in the Bay Area and you want to get with the movement, email BayAreaAmazon@pm.me with JOIN in the subject line.

Juneteenth Should Be a Celebration...

A speech delivered at the BAA Juneteenth Vigil honoring victims of police brutality and corporate greed.

I hate to make generalizations, but there's one generalization that I will never hesitate to make.  Black women are the best that this nation has to offer. What is more heroic, or freedom-loving, than Harriet Tubman returning to the south to retrieve her family members and bring them to freedom with her? My own mother's love for my freedom was so strong that as a young man growing up in Oakland it felt smothering. When my friends were able to ride the bus to and from middle school, I fought for months, just to be able to walk home from the school that was just up the hill.

I didn't understand then. I do now. I've had encounters with the police that are terrifying. And it should terrify you that these things happen. I'll refrain from reciting any particulars here, because we all know there are too many examples to name. So instead, I ask you each to conjure up your collection of names; people killed by police, or racist vigilantes or at the hands of corporations who view us as human capital. I want you to add to that list of names another  list of equal or greater size, whose names you don't know, but who you know are people who have suffered similar fates, and happen to escape your knowledge or ability to recollect at the moment.

If you're anything like me, you'll have a handful already, and you'll continue to recollect more as the night goes on. As you try to keep all of that in your mind, I want to add one more thing to the mix. It's just an idea.  Maybe... just maybe... these aren't instances. Maybe we're looking at pieces of a large whole. Perhaps, it might be simpler to reason about what's happening, if we stop focusing so much on the particulars, and look at the thing as a whole. America is a white supremacist patriarchy.  It's important to say that and understand what it really means.

It means, that while we claim to be a meritocracy, those who represent the best of our values, are far too often overlooked. I'm talking about Black Women. America says it respects education - bettering yourselves.  Black women are the most educated demographic.  And still the worst paid. America says it values hard work. Well, if I'm better educated, and I do the same job for less money, am I not working harder? But you see, despite working harder, Black Women are not revered as paragons of virtue that they so often are, in our society. Instead they're subjected to the worst treatment. They're given the least respect. And still, they fight for your freedom. Every day, in so many ways, they fight for your freedom. Black Lives Matter was started by a group of Black Women, but when we call for accountability Breonna Taylors name is drowned out by George Floyds.

They both deserve justice, but let's be honest: Breonna Taylor was asleep in her bed. Her killer wasn't even serving a warrant on her house. We shouldn't still have to be demanding that they arrest her killer. Which brings me to the point of what I want to share with you all today: Juneteenth, should be a day of celebration. But it can't be. Not until Black Women, who do so much for this nation, are respected for their contributions. Not until Black Women are remunerated according the the value they actually add, and stop having to subsidize and coddle mediocre white men to survive.

You might say, John, this isn't this about Amazon? You haven't said a word about them. Oh but I have! The other day when an Amazon driver was violently arrested for parking the wrong way while delivering a package. Jeff Bezos didn't have a tweet for that. He wasn't interested in using his voice when it could have had an impact on a black peoples lives. But he wanted the PR. When he says slavery is long over, he's apparently ignorant of the fact that police are in fact an institution descendent from slavery, and that in fact the 13th amendment abolishes slavery for those who haven't been convicted of a crime. Even at the most superficial level that's not true, but if you dig deeper you'll see that the relationship between Jeff Bezos and his employees is not much different than slavery.

Jeff Bezos' response to the recent uprisings has been best mediocre, and every black woman who works at Amazon is subsidizing his lavish lifestyle.  Today we're calling on you all to widen the aperture, center Black Women, and see how tearing down this system of white supremacist patriarchy is not just for their benefit, but ultimately for all of ours. Juneteenth should be a celebration - but it can't be until powerful men like Jeff Bezos use their voices not just to signal virtue, but to lift up the voices of those who too often go unheard.

I'm reminded of a tweet I saw recently. It was a photo of Ella Baker, and it had a quote.  She said:

"You didn't see me on television. You didn't see news stories about me. The kind of role that I tried to play was to pick up pieces or put together pieces out of which I hoped organization might come. My theory is strong people don't need strong leaders."

This is an ethic embodied by so many Black Women who so often have their voices drowned out by less qualified men. Rather than continue to perpetuate that crime against our society, I'll instead yield the mic to someone who was instrumental in making the May 1st action happen here on the west coast; the woman who founded Bay Area Amazonians; the woman who is leading the charge in  democratizing Amazon; the new vanguard herself; the strong leader that we don't need; that we certainly don't deserve; but that we're so lucky to have: Adrienne Williams. 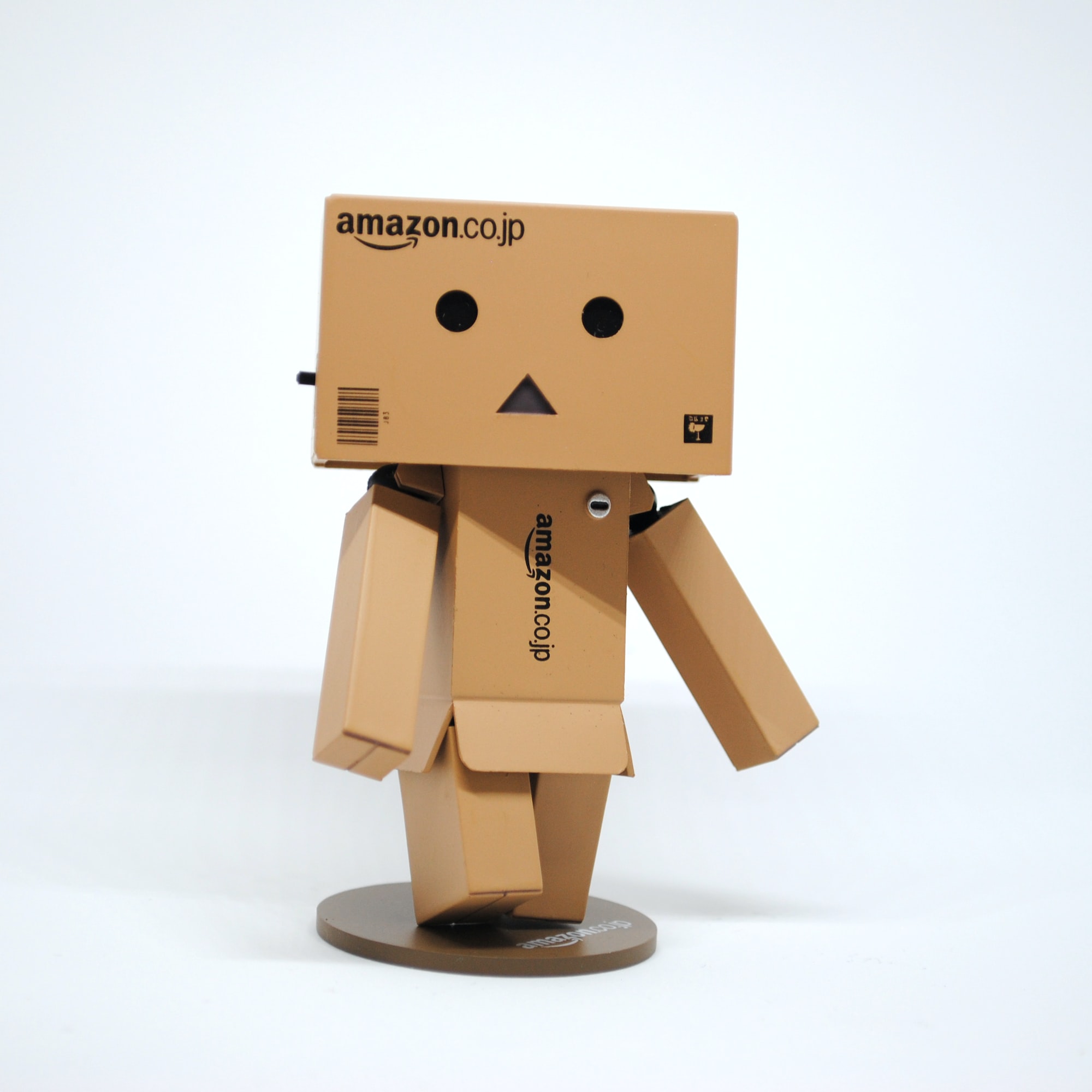 Amazon wants us to be so grateful for any crumbs tossed our way, that we will not say, “I am uncomfortable with the constant surveillance by my employer,” or “I deserve PTO, if I need time off to have a baby or care of a sick relative,” or “I am not going in the customer’s backyard. It is unsafe.”